When I stumbled upon the world of the DIY snowtoys/snowboards I knew I had to make one. While modern snowboards are typically mass produced by corporate giants, the roots of the sport can be traced back to “snurfers” which were basically planks of wood and a rope.

The movement of snow toys or Yukiitas involve bindingless handmade boards that can be used to carve powder or hit the sled hill and resemble an evolved version of the original “snurfer”.

For my board, I used a template to shape a piece of plywood and then used a clamp setup to add some curve. For graphics, I used a combination of paint/stain and torn tissue paper which was then finished with polyurethane and a coat of snowboard wax on the base. 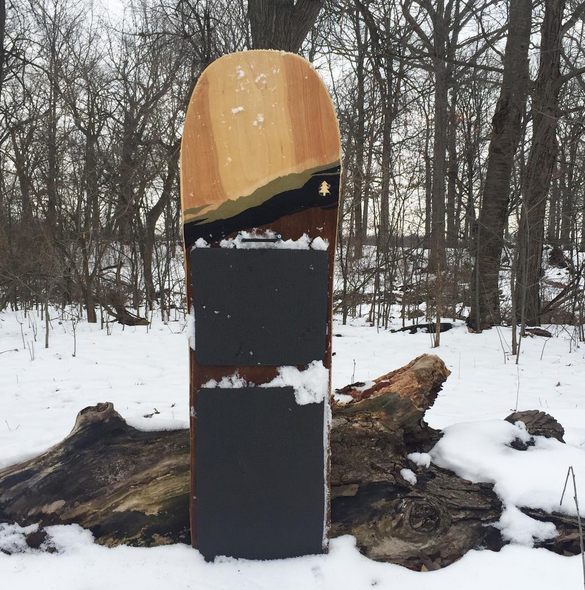